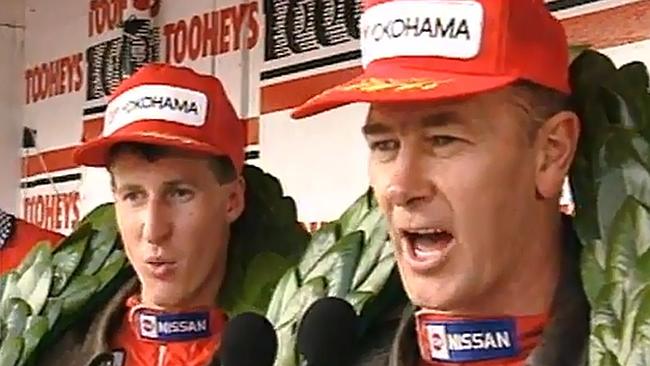 In the world of motorsport, you could say the occasional F-Bomb and the oh-so delicate word for faeces gets thrown around pit lane, but most of the time it never gets recorded on television.

Well, with a sprinkle of LIVE television and a teaspoon of emotional driver, you have yourself a recipe for something quite exciting – and of course, rather unfortunate for the driver’s bank account.

The 20-year-old Kiwi didn’t expect to finish second on debut with Volvo. He also didn’t realise he was going to drive the fans wild after his speech…

The Ice-man is no stranger to the media for his comic-remarks, but hey, it’s why we love him, isn’t it?

Nothing could have possibly better-welcomed Mark ‘Skaifey’ Skaife into the V8 Supercar world, especially when your teammate calls a group of wound-up fans this…

Oh, and this is James Hunt. Known as the biggest larrikin to ever win a Formula 1 Drivers’ Championship. Bloody good on him.

Now, let’s wait for this weekend and see what the drivers’ can bring at the Formula 1 Grand Prix in Melbourne.