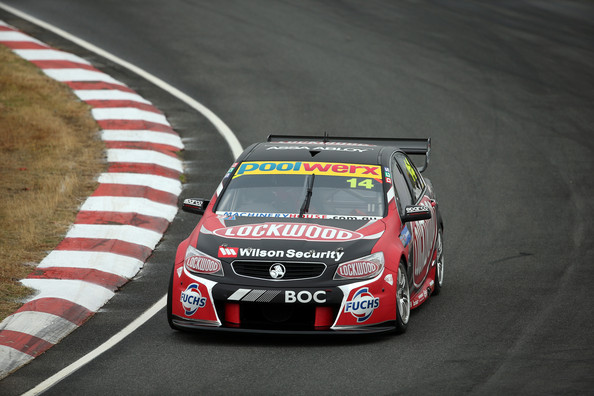 The V8 Supercars Championship is set to take off, with the series ready to race at the Perth 400 held at Barbagallo Raceway.

With the championship well underway and the Perth weather putting on a good show, the V8 Supercars drivers are race ready for the fifth round of the series.

Fabian Coulthard is looking like the favourite for the race win tomorrow in his Brad Jones Racing Holden, finishing fastest in both Practice 1 and Practice 3.

Volvo youngster Scott McLaughlin has also set the pace, finishing Practice 2 on top by one-quarter of a second.

Current championship leader Mark Winterbottom finished inside the top six in all three sessions, being in a consistent position to extend his championship lead in his Ford Peformance Racing Falcon.

Ford Performance Racing’s other drivers Chaz Mostert and David Reynolds are also looking on the money, finishing inside the top ten in all three open-practice sessions today.

Holden Racing Team’s James Courtney was taking it up to Coulthard in the opening session, missing the fastest lap by only 0.0075s.

The first Mercedes driver was Will Davison, finishing in fifth in Practice 2.

Tomorrow’s race will see the split qualifying and race format, with two qualifying sessions and two 100km races, which can be seen live on Channel Seven’s coverage of the V8 Supercars Championship.