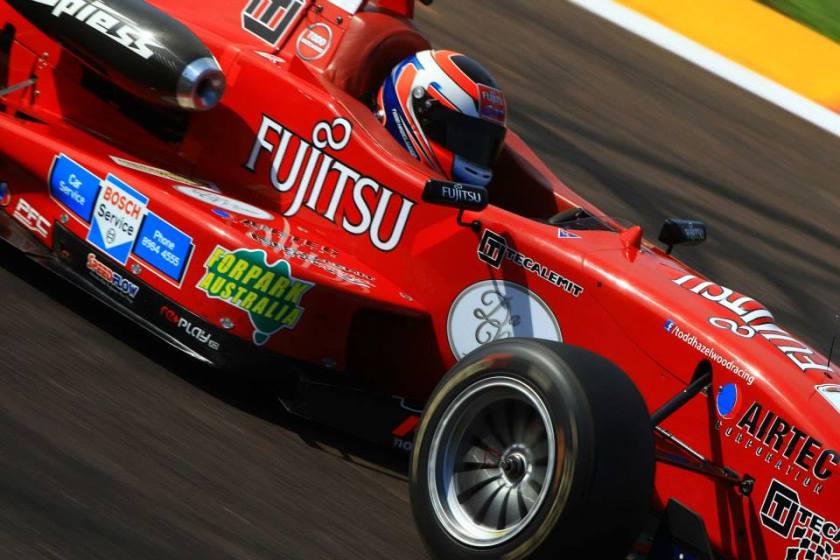 TODD Hazelwood has finally showed the pace he’s had all year and was quickest in today’s first practice, setting the pace for the Forpark National Formula 3 category.

This is the 17-year-old’s first time at the Hidden Valley circuit, with Hazelwood looking forward for what is to come in this weekend’s racing for the third round of the Australian Formula 3 championship.

“It’s good to finally show everyone that we are fast enough to win,” Hazelwood said.

“It will be super close this weekend in the Forpark National class, as neither of us drivers have raced at the Hidden Valley circuit.

“Hopefully we can continue our good form in qualifying and in the first race tomorrow.”

The South Australian has also picked up some local sponsors and supporters for this weekend’s event.

“Without the local support from Bosch Car Service and Hydrokleen, this weekend would not be possible,” Hazelwood stated.

“Hopefully we can re-pay them with some good results.”

The Formula 3 cars were also fastest category today to hit the Darwin circuit, setting the pace for the Australian V8 Supercars who are also racing at the Skycity Triple Crown event.

Todd Hazelwood will hit the Hidden Valley circuit tomorrow morning at 9:10 AM for qualifying and at 12:25 PM for the first race.