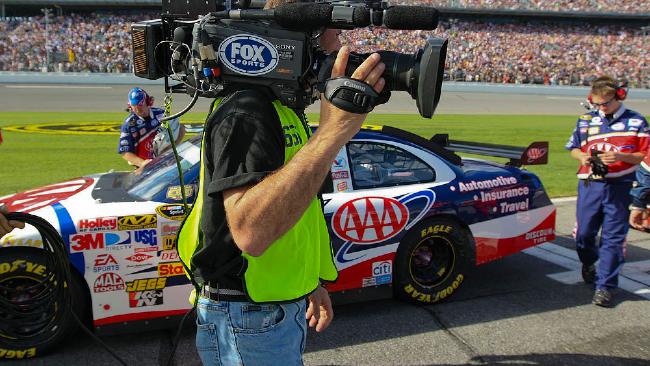 With media deals happening in every category for 2015, are these new pay-TV deals pushing fans away from the sport?

With a sport that costs a lot of money to run with the fancy bodywork, complicated engineering and the drivers that are paid by the millions, there is also the media side of racing that costs channels millions each year, resulting in major series of motorsport no longer available free-to-air.

MotoGP is one category with a faint future on free-to-air, with fans purchasing a Foxtel sports package to watch their favourite rider or constructor win the world championship.

Network Ten are currently in their final year of televising the MotoGP, but will only retain full live coverage of the MotoGP until the end of 2014. Fox Sports are broadcasting every Moto2, Moto3 and MotoGP practice, qualifying and races live in 2014.

Another broadcasting amend includes the new contract in V8 Supercars, with Seven losing the rights to Network Ten, Foxtel and Fox Sports, with only six of the races in the 2015 championship to be available on free-to-air channels.

Former TEN CEO and current CEO of V8 Supercars James Warburton signed the new broadcasting rights deal, including a $241 million media deal with Foxtel, Fox Sports and Network Ten for all media rights including $196 million cash and $45 million of advertising, making this deal the biggest in V8 Supercars history.

The new deal means that only the Adelaide, Townsville, Sandown, Bathurst, Gold Coast and Sydney V8 rounds will only be shown free-to-air.

“This is a tremendous and significant deal for our sport,” Mr Warburton said.

“It is a great boost to our amazing race teams and fans and will lead to unprecedented coverage on multiple platforms for our sport, never before seen on such a scale.”

Formula 1 is set to stay on free-to-air with the coverage supported by Network Ten, the only major motorsport category worldwide not under the Fox banner in 2015.

Currently on free-to-air channels in Australia, only the Formula 1 and V8 Supercars are shown live to racing fans.

Other categories shown within free-to-air are broadcasted a week or so later, including ONE HD’s coverage of the World Series Sprintcars, Australian Rally Championship and NASCAR.

Fans have expressed concern about the new broadcasting rights, stating it is another expense they cannot afford.

After interviewing fans at Winton Raceway during the V8 Supercar event at the Winton 400, most said they were outraged and disappointed about spending money every month to watch motorsport.

Nothing yet has been confirmed towards the coverage for motorsport after 2015.