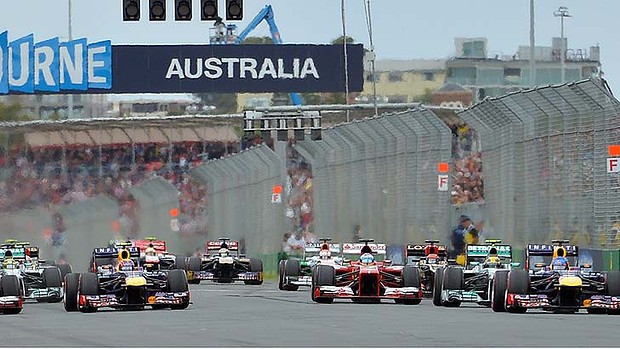 The FIA today have announced that double points will be received in a bid to bring excitement to the final race of the Formula 1 Drivers’ and Constructors’ Championships.

Formula 1 to battle it out right to the final round. Photo: Joe Armao/Sydney Morning Herald

The final round of the FIA Formula 1 calendar will see double points awarded for the 2014 season.

This move is one of many made recently by the Formula 1 Commission and Strategy Groups this week.

The change was made to increase the fight of the Formula 1 title going into the final round of 2014, as current Formula 1 world champion Sebastian Vettel won this years title with few rounds to spare.

If this system was implement over the last six years, two of the final results of the Drivers’ championships would have been different, Felipe Massa would have pipped Lewis Hamilton in 2008 and Fernando Alonso would have won Vettel’s world championship last year.

Other changes for the 2014 FIA Formula 1 season include drivers’ being able to choose their numbers, rather than run the number the constructor finished the previous year, with the drivers’ championship order to be used to resolve any issues over number allocation.

A budget cap for 2015 is also currently being discussed by the Commission and Strategy Group to keep the costs fair for each team.