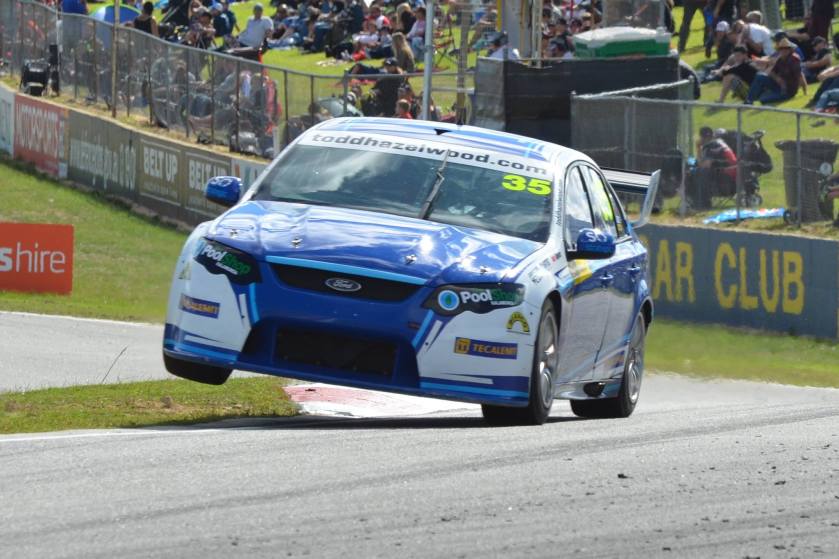 SOUTH AUSTRALIAN Todd Hazelwood has finished an astounding fourth place for Round 3 of the Dunlop Development Series at Barbagallo Raceway in Perth.

The 18-year-old held off his more experienced rivals in the thrilling final race for the round, closely finishing in fifth position.

Hazelwood was only 12-points shy from his first Dunlop Series podium, but still managed his personal best result finishing fourth for the round.

“It was such an awesome feeling to have two top five finishes this weekend, there has been so much work going on behind the scenes to produce this result and I’m really proud to accomplish this,” Hazelwood said.

“I had some great battles throughout the race and it was tough to decide weather to push hard or conserve tyres, but with a great team behind me I was able to maximise both and have strong speed towards the end of the race.

“It’s great to race against ex-V8 Supercar drivers in this field, not only am I learning a lot but it also proves to myself that I have what it takes to mix it with some of the best.”

The youngster is now planning to find funding for the next round of the Dunlop Series at Townsville.

“With today’s great result, hopefully I have now proven to potential sponsors that I have what it takes to be racing in the V8 Supercars field,” Hazelwood continued.

“It would be great to find a major sponsor for Round 4 of the championship at Townsville.

“We would love to back-up our strong results produced in Perth, continuing our strong consistent form in both the rookie standings and the overall championship.”

The next round of the Dunlop Development Series will be held as the Castrol Townsville 500 in conjunction with the V8 Supercars, over July 4-6.