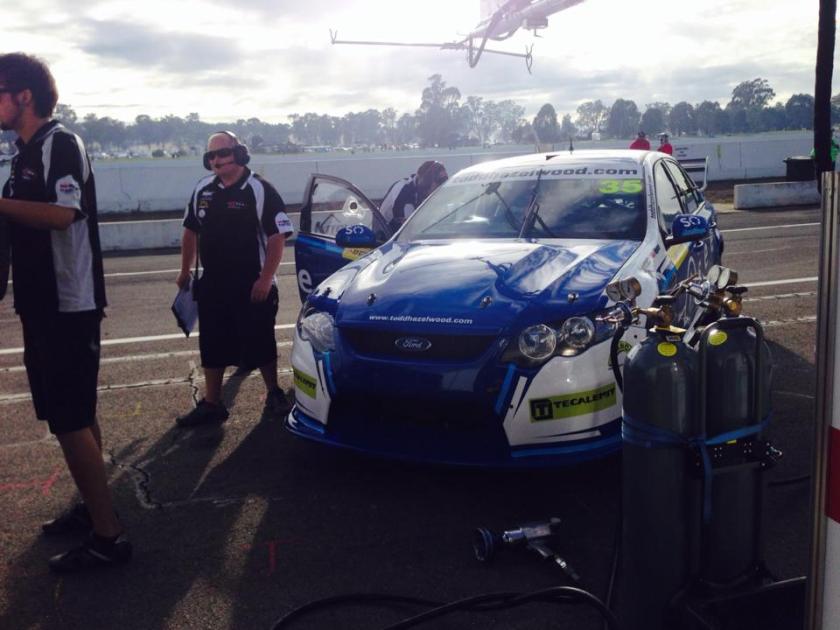 Todd Hazelwood in the pits ready for Qualifying 1

AFTER a strong practice session yesterday, Todd Hazelwood raced his way to position 15 in Race 1 showing promising pace for tomorrow’s final race at Round 2 of the Dunlop Series Championship at Winton Raceway.

The South Australian showed strong pace from the beginning of the day, finishing qualifying in position 13 with a lap time of 1:24.5447.

Race 1 saw Hazelwood three-wide on the outside of Turn 1 during the opening lap, falling back a few positions after being pushed wide, coming out in 20th position.

The 18-year-old pressed on, charging his way back through the field to finish an impressive 15th place over the 25-lap distance.

“After a good qualifying session this morning we were feeling confident we could produce a top-ten result in Race 1,” Hazelwood said.

“It was promising to know that we had good car speed throughout the race it was just a shame to get caught out on the outside at the start which hurt us with track position on the opening lap.

“Although 15th isn’t the place we want to be, I am forever improving and I’m understanding the car better every time I get behind the wheel.

“It’s important during my learning stages to gain as many championship points as possible and set ourselves up for a strong placing in the championship at the end of the year.”

Hazelwood is currently sitting outside the top ten of the Dunlop Series Championship on 216 points in 12th position.

Race 2 will start at 1:15pm AEST and the lap times can be viewed live through www.natsoft.com.au.