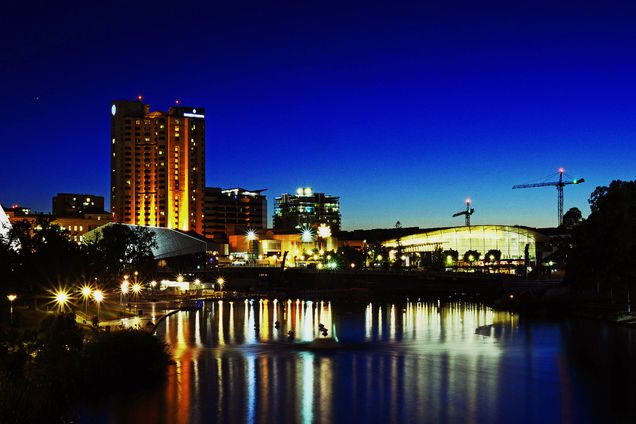 At this point in time, Adelaide is the place to be. Not only is the weather fantastic and the people super friendly, but also the events taking place at the moment are taking over the city – and if you’re from another state, why not come down!

You’ll be lining up for hours – but once you are in The Garden of Unearthly Delights, you’ll understand why.

Full of live music, comedy acts, dancing and bars, it’s a beautiful place to be and it’s held right in the heart of the city, ironically right next to the Clipsal 500 circuit (because you know, Adelaide is tiny).

Entry into the garden is free, but head onto their website to check out Fringe Tix and find a stage show to check out!

One of the biggest motor racing events in Australia kicks off today and the city streets will rumble of the sweet notes of V8 Supercar racing.

Not only will there be live racing from V8 Supercars and support categories, but musicians too will rock the place, including Bliss n Eso, Empire of the Sun, Kimbra, Guy Sebastian and Keith Urban.

There is live entertainment throughout the whole weekend and also great food, grid girls and fast-paced racing! Tickets are still available here.

The Soundwave Festival never fails to please, with two of the greatest rock bands of the 90s, Green Day and The Living End, to headline this year.

Held down at Adelaide’s Bonython Park, it’s a great place to grab a beer and attend a mosh so you scream until your lungs bleed.

Other main bands playing include Avenged Sevenfold, Alice In Chains, A Day To Remember, Korn, Panic! At The Disco and many more, with tickets still available.

One of the nation’s favourite outdoor festivals, with a great atmosphere and friendly vibe for all ages to enjoy.

WOMAD is run over four days, in Adelaide’s Botanic Park in the city, featuring performances and workshops over seven stages, including music from the world’s best contemporary and traditional musicians.

Not just a public holiday for uni students. The Adelaide Cup is the perfect place to get all dressed up and win some dollars betting on the horses with the best names.

Only a few minutes drive outside the city located at the Morphettville Racecourse, with punters and racing enthusiasts entertained by the Group 2 race of the day, the Yallambee Stud Classic, the Group 3 RN Irwin Stakes and the Group 3 Auraria Stakes.

Being an obsessive fan of Pharrell Williams, Future is going to go off this year. And not to mention the likes of Deadmau5, Macklemore & Ryan Lewis, Eric Prydz, Cut Copy, Rudimental and many more performing live, in Adelaide!

The festival will be held March 10 in Adelaide’s Showgrounds, with tickets still available.

We also have a new oval…

So, you inter-staters think Adelaide is boring, hey? I’d like to see you hold onto those little savings of yours at this time of year. This is why we are called “The Festival State.”