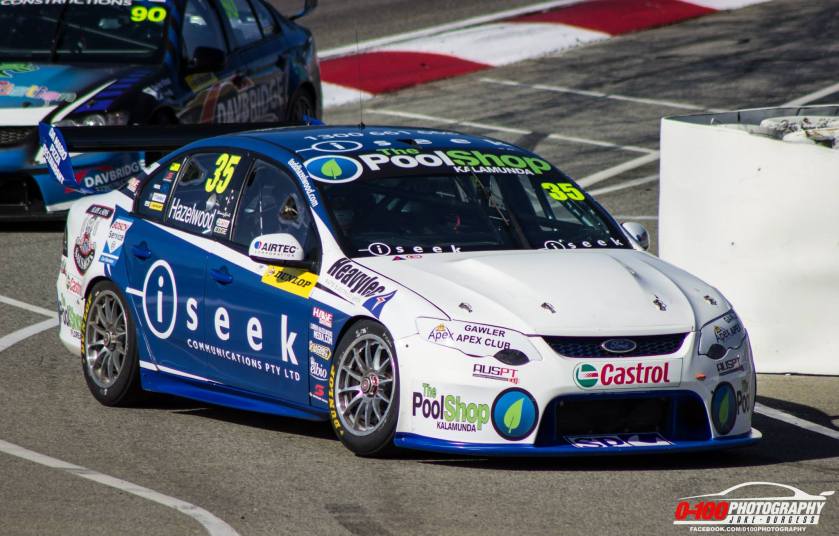 SOUTH AUSTRALIAN Todd Hazelwood has placed fifth in practice for Round 2 of the V8 Supercars Dunlop Series at Barbagallo Raceway for the Perth SuperSprint this weekend.

The round is coming off the bat from a successful test day last week at Matt Stone Racing’s home track at Queensland Raceway, and the 19-year-old is confident going into qualifying tomorrow.

“Our performance in Practice 2 was very encouraging and showed that we have genuine speed to compete for the podium this weekend,” Hazelwood said.

“I was held up in traffic on my fastest lap which cost me time.

“We have good potential to move further forward tomorrow and hopefully we can put it all together in the short qualifying session tomorrow, as the times are very close so the smallest mistake will be costly.”

The teenager believes that preserving the tyres as much as possible will help this weekend in the races.

“The practice session was rather frustrating as the first few flying laps of the session were the fastest, and then for the last 30 minutes we were making good progress with set-up but didn’t have enough tyre life left to get a reading if we were making progress or not,” Hazelwood said.

“But it was good to have a long run on the tyres and see how long they lasted.

“We had good speed on old tyres, which will help us with long high tyre degradation tomorrow.”

The South Australian will head into Round 2 of the championship at Perth sitting inside the top ten of the Dunlop Development Series in ninth position on 174 points.

The Mike Kable Young Gun managed to finish fourth on debut at Barbagallo last year, and wants to go that step further gaining his first podium in the series.

Today’s racing kicks off with Qualifying and Race 1, which will be live on Foxtel.