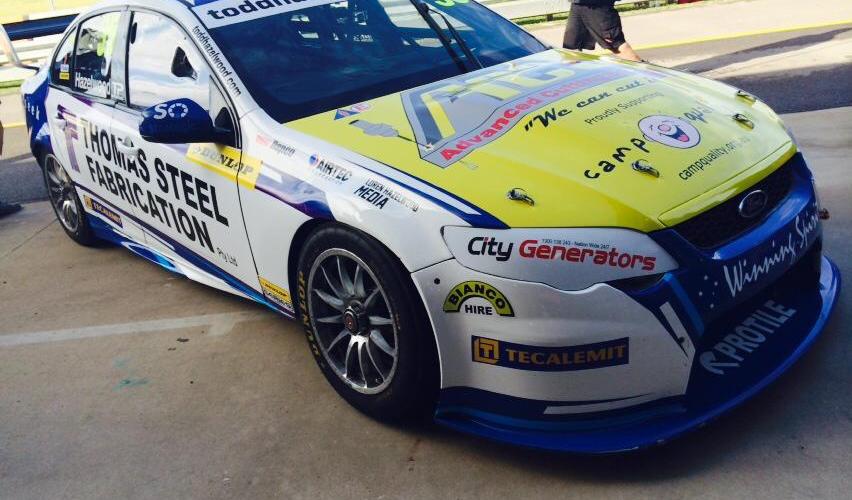 SOUTH AUSTRALIAN Todd Hazelwood has set the quickest time in the rookie standings in today’s two practice sessions, setting the eighth fastest time overall for Round 4 of the Dunlop Development Series at Townsville.

The 18-year-old was pleased with his practice result, considering the teenager has never set foot on the Reid Park street circuit before.

“Going into today we just wanted to gain great track knowledge and get a good feel for the car,” Hazelwood said.

“After our test day there were a few things we wanted to try which fortunately worked in our favour.

“Looking forward to a strong qualifying session tomorrow morning, hopefully we can produce fast laps and put us in a good starting position for Race 1.”

The Matt Stone Racing driver will be on track tomorrow morning for the first qualifying session, to then race later in the afternoon for the first race of the Townsville championship round.

“I’m pleased to be in the mix with some seasoned campaigners from the V8 Supercars field, and this puts me in a good position to battle with experienced drivers,” Hazelwood continued.

“We’re currently looking through data and hopefully we can unlock more speed for tomorrow’s race and qualifying.”

Hazelwood is currently ninth in the Dunlop Series sitting on 510 championship points, while leading the rookie standings in the series.