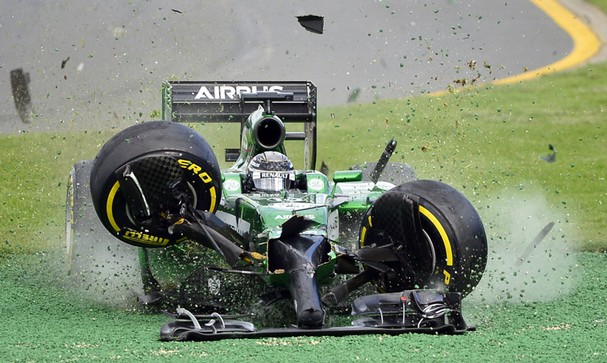 After never attending a Formula 1 race, I was more than excited to hear the roaring sound and ear-piercing ring of what people had explained a Formula 1 car to be… Unfortunately this year, they sounded flatter than a lawnmower on a Saturday morning.

Not only were fans disappointed with the new V6 Turbo-charged power-train, but so was the Australian Grand Prix Coordination’s (AGPC) organiser Andrew Westacott, who said the new cars took away the fascinating spectacle of Formula 1 racing.

“One aspect of it was just a little bit duller than it’s ever been before and that’s part of the mix and the chemistry that they’re going to have to get right,” Westacott told Fairfax radio.

“Ron spoke to [Ecclestone] after the race and said fans don’t like it in the venue.

“We pay for a product, we’ve got contracts in place, we are looking at those very, very seriously because we reckon there has probably been some breaches.”

Not only were the big bosses disappointed with the sound of the new cars—the fans and racing drivers were in disbelief with the V6-turbo sound, including NSW Formula Ford Driver, Daniel Holihan.

“They should definitely bring back the V8 or even the V10 and V12 engine, it’s the fans that come to hear the high pitch roar of a Formula 1 around the city of Melbourne,” Holihan said.

“I was getting more of a thrill watching the rolling starts of the V8 Supercars.”

Although the cars were not as loud — the racing spoke for itself, with the drivers battling for position throughout the whole race, while trying to not break down.

The competition level was high and the winner was unpredictable before the race had even started, with reliability also playing a big part during the first race in Australia.

“I loved the action, the race was very entertaining because it was a complete fresh start for every team and there was a lot of passing going on,” Holihan said.

Not only did the race deliver great action and unpredictability, it also saw controversy unfold as Australian young gun Daniel Ricciardo was disqualified after a fuel-flow sensor error.

Ricciardo’s team at Red Bull have appealed the decision, with the answer expected to take a few weeks to be decided.

Nico Rosberg was the eventual winner of the race, with McLaren rookie driver Kevin Magnussen replacing Ricciardo for second on his Formula 1 debut, with McLaren teammate Jenson Button rounding out the top three.

Formula 1 management are yet to comment on the hybrid-generation cars.

Hear for yourself, what do you think?