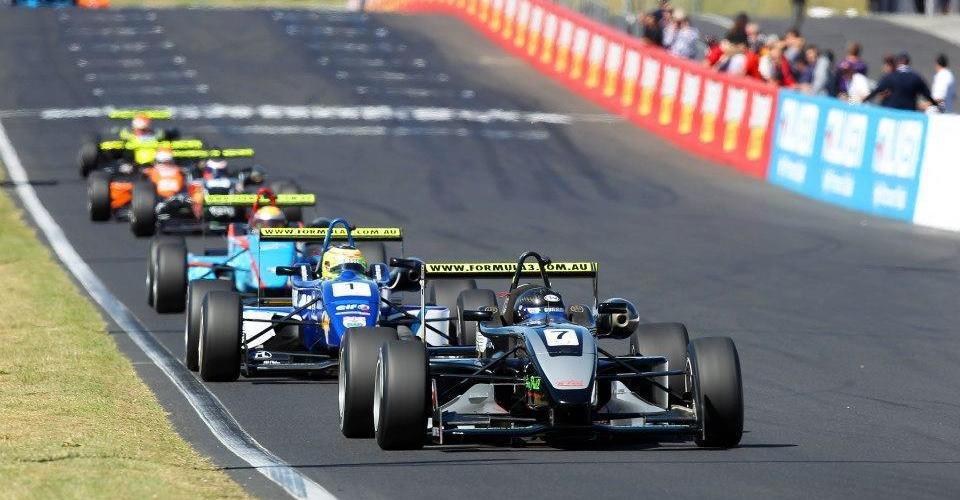 Motorsport is a long and hard road, and no one knows the international track more than Australian Steel Guiliana, who is on the way to his Formula 1 dream.

For 22-year-old Steel Guiliana, life is a juggle between working hard and driving with pure dedication and skill to make it to the pinnacle of world motorsport, Formula 1.

Raised on the Central Coast of New South Wales, Guiliana immediately impressed those competing against him, from the beginning in go-karts and winning numerous titles in the rookie and junior ranks, even against current V8 Supercar drivers and current F1 driver, Daniel Ricciardo.

Guiliana pursued towards his dream at a very young age, at just 15 years old he lived in Austria to compete in the European Rotax Karting Championship, where Guiliana went on to finish second in the series.

Austria kickstarted Guiliana’s international racing career, then he moved to Italy where he won the Italian Karting Championship and was also given the opportunity to race in the Formula BMW category.

The rising star then raced in America, but later returned back home to Australia to compete in the Australian Formula 3 Drivers’ Championship, where Guiliana claimed seven race wins in his first season in the national class and was also awarded a $50,000 scholarship to race in the series for the following year.

Guiliana continued to pursue his dream to the Formula 1 grid, testing in GP3 at the end of 2012, showing the world he has what it takes.

The Central Coast driver decided in November 2013 to team up with 1980 Formula 1 World Champion Alan Jones to travel to Abu Dhabi, to hopefully seal a deal for GP3 in the 2014 season.

Fiasco Sports motorsport reporter Loren Hazelwood recently caught up with Guiliana, asking about his future and delving into how hard he has worked to get where he is today.

Loren: Racing is your passion and has always been in your blood, how did you first get involved with racing?

Steel: My Dad came from a racing background running Formula Ford earlier in his career, so he took me to a kart track when I was five years old and we went to Newcastle to see what it was like. I was instantly hooked, then Dad bought an old go-kart and started practicing when I was six. I started at Coffs Harbour and raced at Newcastle by the time I was seven.

Loren: You’ve raced all over the world and at some incredible circuits, what would be your favourite?

Steel: My favourite tracks would definitely be Monza and Singapore, mainly because of the atmosphere behind the venues, it makes it more exciting to drive around. Singapore is probably my favourite circuit to race at though, but Monza is awesome because of the venue.

Loren: All round, you have sacrificed a lot to go racing, what has kept your passion alive for the last 15 years?

Steel: Going fast. I love the speed and the adrenaline, and also the competition, I don’t like losing. I have a passion for fast cars and everything that goes on behind the scenes. It’s awesome to be honoured to drive a car that hundreds of people have prepared just for you.

Loren: Would you be able to describe a typical lap in an open wheel car?

Steel: It’s very challenging to start with, the harder you push under brakes the more stable the car is, you have to get rid of the fear of the speed and once you’ve done that you will be confident to go fast, and in saying that you have to be fit to handle the g-forces the car produces. You also can’t just plant your foot coming out of a corner, so there is a lot of different techniques that can be used. The hardest thing is to not make a mistake over 20-40 laps and hold concentration for that period of time, while other people are racing with you.

Steel: To compete in the GP3 series in Europe.

Loren: Who is your racing idol and mentor?

Steel: That would be Alan Jones, and also Ayrton Senna. Ayrton was my first idol and when I started to learn a bit about what Alan did to get into Formula 1 and the hard route he had I started to look up to him and achieved world champion status from a difficult background.

Loren: What has the experience been like working alongside the likes of Alan Jones?

Steel: It’s ben great to get inside knowledge to how people work in Formula 1. It’s a very cut throat business and if you don’t know the right people it’s very difficult, so to be able to work next to Alan is a great pleasure for myself and it’s great having someone of his status to help support my racing. He’s been able to give me advice on fitness he used to do and it’s been incredible to talk to someone who raced in the 70s and 80s when the cars weren’t easy to drive.

Loren: How big is the difference between racing in Australia against racing Internationally?

Steel: I think the level of competition is very similar, but the different is you may have the top two or three guys to take victory, which we saw in the Australian Formula 3 category this year, where as overseas there can be ten different drivers in a series that win races. The way the teams go about it is very different also, overseas you don’t get a lot of practice, where as over here you get a bit of time to try different things.

Loren: Where was your best ever race?

Steel: When i finished third in the championship round in England back in 2005, that was definitely a highlight to be able to be in the European championship as a privateer and run alongside factory teams on their home track and to end up on the podium was a big thing.

Loren: Anyone you would like to thank or any other comments?

Steel: Big thanks to my parents who have supported me since I was seven, my crew back home for their continued support, my manager Titus Day, my girlfriend for helping out with my media, Alan Jones and his manager Patrick Wedes, R-Tek Motorsport for preparing my Formula 3 car over the last three years and Peter Hawkes and Aaron Borg for mentoring me. The list could go on forever really, but these people have been crucial in helping me get to Formula 1.