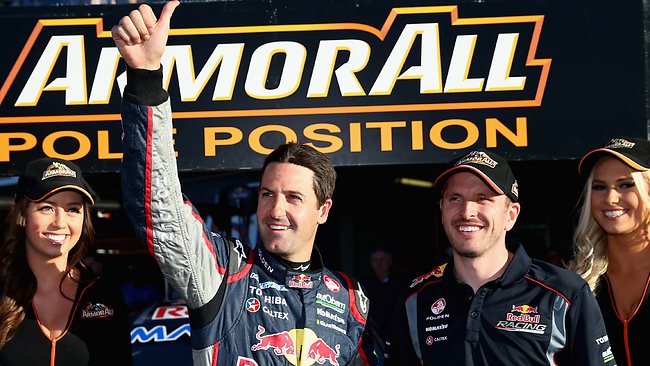 Holden’s Jamie Whincup has taken his maiden pole position at Mount Panorama in the Supercheap Auto Bathurst 1000, with a time of 2:07.88.

Whincup started last in the shootout with his previous pole position in qualifying the day before, taking first by only 0.2 to Ford rival Mark Winterbottom.

The Redbull Racing Australia driver was the only driver in the session to get into the 2:07s, with Winterbottom only just shy with a time of 2:08.07.

A shootout held later in the day than normal, the sun came out and the track became quicker and quicker throughout the session, giving an advantage to those qualifying quicker the day before.

29 cars will start the race today, racing around Mount Panorama for 161 laps over 6 and a half hours.