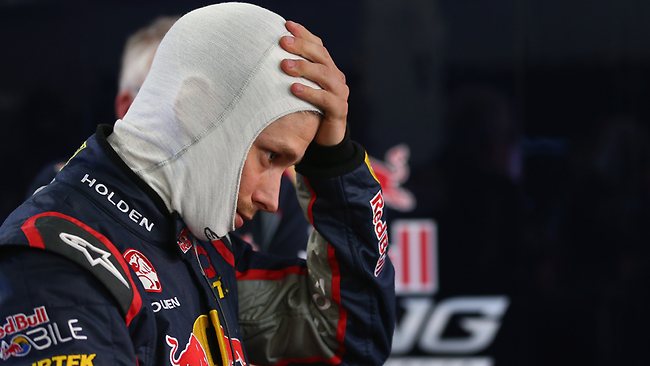 I remember it was about this time last year, when the media was talking about Casey Stoner retiring and how much it was going to hurt the MotoGP category. Everyone had their opinion about why Stoner should stay, how useless he was going to be in a V8 Supercar and how Honda would not be able to find a replacement for the Australian world champion.

If anything, the 27-year-old made his best decision of a lifetime. I mean, he has a family now and with the recent death of Marco Simoncelli, it’s definitely safer to be on four wheels than two.

And not even that, Stoner made way for a true star in the making. Marc Màrquez who is only 20 years old, a few weeks ago became the youngest ever rider to win a MotoGP race. Incredible! Màrquez also finished second at the Spanish Grand Prix to his teammate Dani Pedrosa from Repsol Honda. If anything the team is on better form than what they were this time last year, with the team not even barely damaged with the loss of world champion Stoner. Now whoever said Stoner was “irreplaceable” was clearly not thinking about the future.

Even though Casey Stoner is only racing in the Dunlop Development Series (category below V8 Supercars) he has been working with arguably the best V8 team in the main game (RedBull Racing Australia – Triple 8 Race Engineering) and is now an official representative for Holden Australia. Not only is Casey’s credibility growing, he’s now getting a lot more media attention. The MotoGP champ has only raced two championship rounds this year so it is still early days to determine whether he is good enough for the main game next year, but the team I’m sure will focus on Casey’s early development in the Holden VE Commodore and will see out the rest of the season in the development series.

Unfortunately with MotoGP being apart motorsport, it receives minimal media attention, either in print or broadcast journalism as of course, it isn’t as popular as the AFL, NRL etc. Not only has Casey Stoner grabbed the media, he’s also promoted the Dunlop Development Series, which for years has been underrated, with no coverage what-so-ever. Only problem here is that the only person who gets coverage in the series is Casey and the focus has been stolen from the young kids winning the races in the series.

Stoner I don’t believe has the amount of race craft at the moment on four wheels as some of the younger drivers in the development field, so he will have to test like crazy with his team from Triple 8 Race Engineering. Not only is the MotoGP with the best team, he also can receive some of the best V8 mentoring from current V8 Supercar Champion Jamie Whincup and also newly crowned all-time-best V8 driver Craig Lowndes. I mean Stoner has some of the best help on offer, so by the end of this year’s development series Stoner should be on the money.

I know Casey Stoner has a massive fan base from many Australians – on the other hand there are also many Australians who dislike Stoner and would rather someone like Valentino Rossi win races. It is a massive culture change for Stoner to come back and live in Australia so I believe we should all stop bagging him and support the Aussie who wants to race over here. Yes, he has a long way to go, but he’s only raced at Clipsal and Barbagallo. There is plenty more tracks for Stoner to prove himself to the V8 field and I can tell you, it will be one interesting year with the MotoGP champ in V8s.